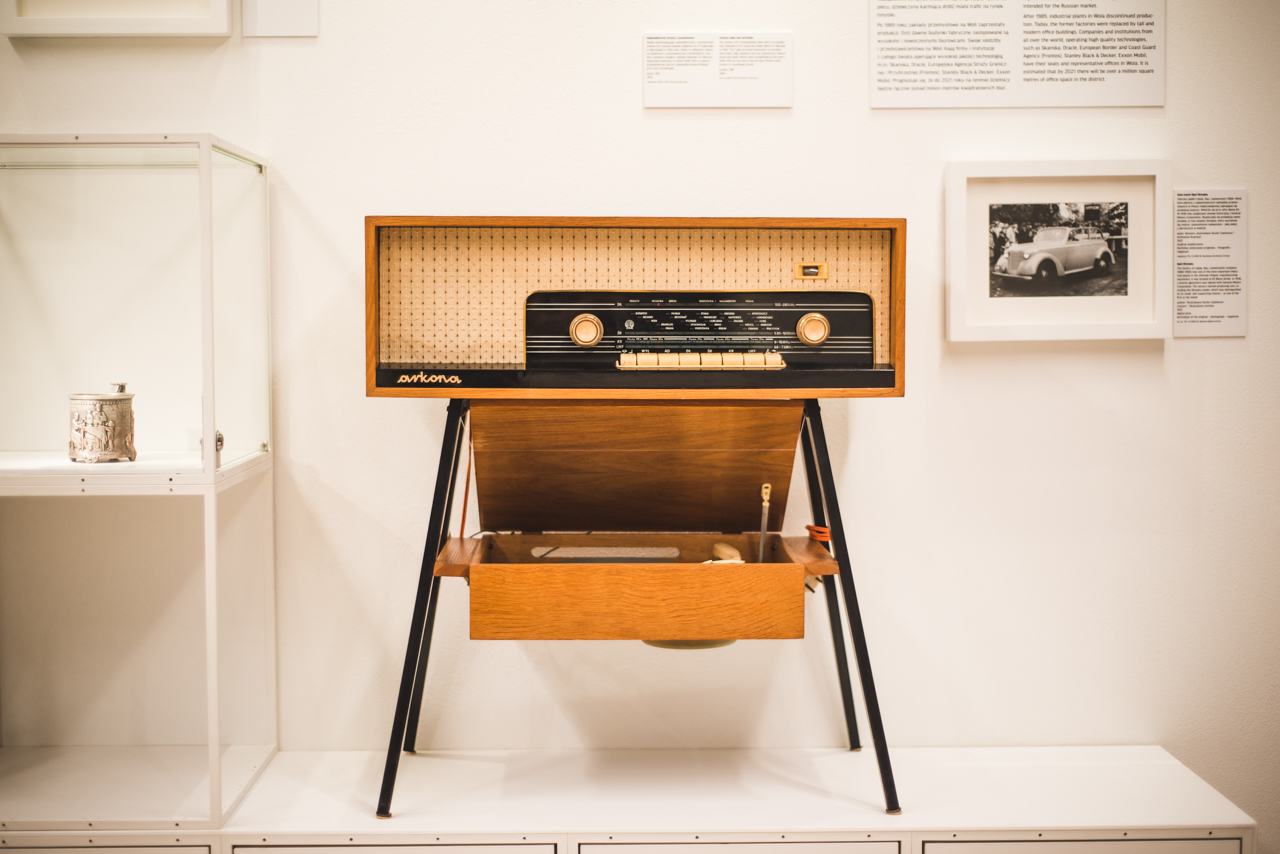 The story of Wola is weaved from socio-political, cultural and personal stories. In this way, a complicated and rich palimpsest of the history of this part of the capital emerges. Being conscious of the matter we are navigating, and the space we have been working in, we decided to make a curatorial choice. Thus, the Wola Study is an auteur’s look at the complex history of one of the largest districts of Warsaw.

The whole narrative has been divided into fifteen thematic areas, which best reflect the character and history of Wola. Selected museum pieces, archival materials and other artefacts correspond with them in the visual layer. Each of the proposed topics and items is accompanied by a relevant text. The stories prepared in an accessible way allow for a more broad perspective on the proposed issues. In the exhibition and thematic layout, we have departed from traditional chronological divisions; as a result, by carefully following descriptions and objects, one can easily grasp the image of the visual, cultural and social changes that the district has undergone throughout its history.

“Modern Wola” presents the oldest moments in the history of Wola, before it was incorporated into Warsaw city limits. It was here that the royal elections were held. “Wola Windmills” is a story about a characteristic landscape of open fields with many mills and windmills in the western part of Warsaw, which for almost 100 years (19th and 20th century) were its essential element. “Wola Gardens” is a tribute to the commendable and thriving gardening activity, which developed in the industrializing Wola. “Contrasts” is an attempt to present dynamic architectural changes taking place in Wola from the end of the 19th century to the present day. The “Friends of Wola Society” focuses on the history of a rather unusual social organization, which from its inception to this day has committed itself to fostering the social, cultural, material and spatial development of the district. “Jews in Wola” is an interesting and tragic story of one of the largest minorities living in Warsaw. “Solidarity” tells the story of the workers’ spirit of the district and its uprisings in 1905, the interwar period and the Solidarity carnival. “Trade” is an outline of the panorama of free trade from the legendary Kercelak marketplace, through the PDT, to the glamour of modern shopping and business centres. “Social Housing” refers to a phenomenon important for Wola, namely initiatives of building housing estates for workers, at the same time drawing attention to the social responsibility in the development of capitalism. “Warsaw Uprising” and “Wola Massacre” are an introduction to the most tragic events in the history of Warsaw, which permanently influenced the identity of the city. “Women of Wola” is a recollection of a number of women who shaped the history of this district. “Multiculturalism” presents the development of Wola, building its economic splendour and socio-cultural colour, which was directly influenced by visitors from different parts of Europe. The “Technology on Wola” is a direct story about the industrial development of the district and what was behind it. The exhibition is concluded with “Wola in culture and pop culture”. This part refers to specific personalities known in Polish culture, as well as to literary and film works or artistic activities in which Wola is a character, background or inspiration.

An integral element of the entire exhibition and its narrative is the timeline – a review of the most important and breakthrough periods and events in the history of Wola. It is complemented by an open library available to visitors, with selected publications about the district as well as books in which Wola is an element of the story. We want the Wola Study to be not so much a closed story about this complex district as rather an introduction to the history of Wola and the program activities of the Museum itself.