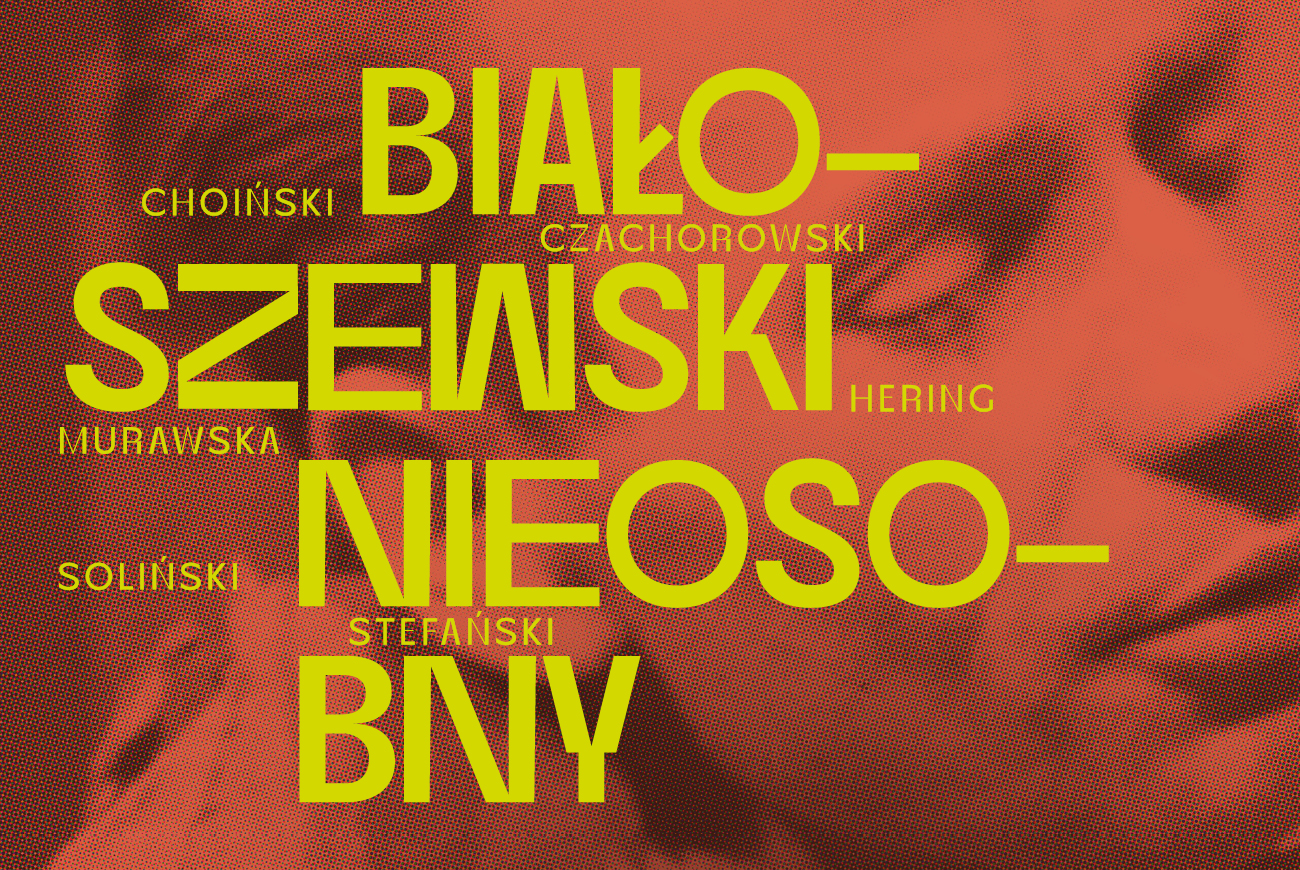 There exist many books, scholarly studies, artistic projects and films devoted to Miron Białoszewski. The exhibition at the Wola Museum of Warsaw presents his life and work in a new light. It tells the story of a network of artistic inspirations and of Białoszewski’s relations with other artists active in Warsaw in the 1940s, 1950s and 1960s.

Over the course of the 1940s through the 1960s, Białoszewski was closely associated with performative groups active in Warsaw and its vicinity. The beginnings of his artistic path date back to a wartime theatre initiated by Stanisław Swen Czachorowski. Next, Miron was active in the groups that used to meet right after the war in Kobyłka (at S. S. Czachorowski’s home) and in Zielonka (at Bogusław Choiński’s place). In the 1950s, Białoszewski co-ran Teatr na Tarczyńskiej theatre, established on the initiative of Lech Emfazy Stefański. Even if the mood in the gate on Tarczyńska Street was akin to “an old tenement house smelling of laundry and mould”, the theatre soon grew to be a fashionable venue.

In the audience—which at times totalled close to 100 people—one could spot Krzysztof Komeda, Julian Przyboś, Henryk Stażewski. Foreign press perceived the group as Polish surrealists, futurists or beatniks. The theatre was a grass root initiative, home-made, so to speak. Instead of tickets, invitations were distributed.

The group, in defiance of postwar poverty and political oppression, acting on the fringe of the official cultural scene, delivered “SOMETHING with no censorship, venue or money” (Ludmiła Murawska). The artists used whatever was close at hand: cardboard boxes, rugs, chests, ironing boards or trays found in a dumpster. Self-made theatrical programs, puppets, dyed-at-home textiles—that is how a niche for artistic freedom was being created at the times of socialist realism.

After the group had disintegrated, Białoszewski, together with Ludwik Hering and Ludmiła Murawska, created Teatr Osobny [Theatre Apart] in his own apartment at Dąbrowskiego Square, which he shared with painter Leszek Soliński. Teatr Osobny operated in the years 1958-63.

MIRON WITHIN A NETWORK OF RELATIONS

Białoszewski has been dubbed ‘a poet apart’, and yet his output was clearly born “out of the need for a community spirit, of existence through other people, in people, of drawing from people” (Hanna Kirchner). Miron lived and worked within a thick network of artistic inspirations and close relations. Non-professional, alternative artistic groups and the biographies of their participants make up a portrait of Białoszewski who was not apart.

Many of those artists have remained in Miron’s shadow until today. The exhibition at the Wola Museum aims to recall the memory of these unique individuals for the benefit of all Varsovians.

THE REALITY OF POSTWAR WARSAW

The artists were active during the German occupation and then over the Stalinist period, the era when the socialist realist doctrine reigned—at the times of extreme poverty, hunger, invigilation; in dilapidated, cold private apartments or in overcrowded allocated premises. These venues were indeed the enclaves of freedom and creative practices on the fringe of the official cultural activity. Together, they spin a tale of Warsaw (and suburban Warsaw) niches: private apartments turned into theatres and art galleries, postwar city seen through the eyes of groups and minority identities represented by artists cooperating with Białoszewski, or by Białoszewski himself.

Audio installation created by Wojciech Bąkowski refers to Białoszewski’s recordings and his audio experiments. The monument will be presented throughout the duration of the exhibition in a separate space.